Build a team, with tips of Don  Yaeger 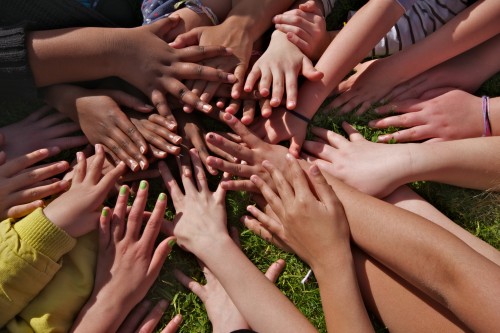 Most coaches would consider leading a team to an Olympic gold medal a capper for a pretty good year. The same goes for winning an NCAA national championship. Or a FIBA world championship. Mike Krzyzewski, head coach of the Duke Blue Devils and Team USA, led teams to each of these honors… within about 24 months.

Arguably the best active coach in basketball, Coach K, has maintained a reputation for fair play, clean programs and outstanding leadership. Not only has he achieved tremendous success at the collegiate level, winning a mind-blowing 880 games. But he has also mastered the art of coaching professional players for international competition.

To hear Coach K describe it, there is no secret to his successful leadership. Only the tireless and consistent application of commonsense coaching and principled living. In his 2009 book The Gold Standard: Building a World-Class Team (published by Business Plus), he writes; “People want a recipe. Recipes guarantee that if you follow these steps in this order, you will get a favorable outcome. But team building is not about a recipe, it’s about taking the necessary time to build this team for this purpose.”

Krzyzewski’s leadership skills are renowned beyond basketball. In 2004, Duke launched its Coach K Center on Leadership and Ethics as part of the university’s Fuqua Business School. The university’s Center for Athletic Excellence also bears his name. During the off-season, Krzyzewski even works as an executive-in-residence with the leadership center, writing about and teaching leadership skills and ethical practices in the professional arena. His message, clearly, is not just about shooting a ball through a hoop; Coach K’s focus is on real and timely lessons that can apply to all aspects of life.

In fact, his players say they have gained much more from their coach than titles and trophies. “If you want to learn what excellence is and be the best leader, basketball player and person you can be, then these guys will tell you—from Johnny Dawkins to Grant Hill to Shane Battier and all of the guys—there is no one like Coach K,” Christian Laettner, the 1992 National Player of the Year in college basketball, said in an interview.

“The most important thing of all about Coach K is that he taught me the principles and values that I will carry with me for the rest of my life. Those principles and values transcend basketball. They can be a guide for success in whatever you do in life—whether that is running a big business, ministering to a church, coaching a sports team or simply trying to achieve your dreams.”

Krzyzewski’s own hoops dreams were cultivated in a working-class neighborhood where there were no organized youth sports. Mickey, as he was called, developed leadership skills early on, organizing the teams and often improvising games, depending on the number of players, available equipment or weather conditions

Krzyzewski was born into a large Polish-American family in Chicago. His mother was a cleaning woman and his father an elevator operator. His parents initially considered sports frivolous but came to support their son’s activities after seeing the discipline he gained, he said in an Academy of Achievement interview.

Krzyzewski’s early desire to become a teacher and coach resulted from strong positive influences. A nun at his Catholic grade school help nurture traits such as sensitivity, which was the foundation for his value system, he told the Academy of Achievement, and a high school coach inspired him to reach further than he thought possible by believing in him and teaching him not to be afraid of failure.

Krzyzewski tells SUCCESS that as he advanced in his career, he learned to bring out the best in his players and teams. He learned to shape each team differently, adapting to its members, situations and demands. Any team begins as “a collection of individuals,” Krzyzewski points out. Each player comes with his own style of play, way of thinking, history and view of the game.

One common denominator Krzyzewski insists on with his players is that they are truly interested and excited about playing for Duke.

It’s essential to pick the right people for the team. And to make sure those players possess the “right chemistry of talents and personalities,” he says. “A kind of balance is important so that the skills complement one another in order to cover all the elements of the game. With personalities, it’s the same way. Stronger personalities can motivate the team and get them fired up, while gentler personalities can provide the calm, grounded sense that is just as important for staying focused during big moments.”

But team-thinking is not automatic simply because all members are wearing the same jersey, he says. Establishing a pattern of effective communication is essential in creating cohesiveness between those individuals. Just about everything else a team needs to succeed— respect, trust, understanding—stems from communication, and that starts with eye contact; Coach K says, whether he’s talking to Duke’s current superstar Kyle Singler or NBA great Kobe Bryant.

“Eye contact is an essential part of communication with every team that I coach. It’s hard to not tell the truth to someone when you’re looking them in the eye; so it is a way to quickly build a sense of trust,” he says. “It is also a sign of respect: I respect you as a player, and I expect you to respect me as a coach. That mutual respect is key in building a successful team.”

Build a team – The Challenge: To Lead Leaders

Three years ago, Krzyzewski has an unusual challenge when the board chairman of USA Basketball, Jerry Colangelo, asks him to take the helm of America’s Olympic basketball program. For years, the USA team has comprised professional players who chase world championships and Olympic gold medals in their off-seasons. And for several years, the once-dominant USA team had been faltering, with a sixth-place finish in the 2002 world championships.

To be successful with Team USA,

Krzyzewski had to lead players who were winning at a higher level of the game than he was coaching. And most of his talent-laden teams in international competition comprised players who have been the leaders of every team for which they’ve played. To corral all these individuals into a unit operating under his principles and philosophies, Coach K relied on the tried-and- true: respect.

“When a leader takes responsibility for his own actions and mistakes, he not only sets a good example, he shows a healthy respect for people in his team.” he says in an article on his website. In other words, he makes sure he conducts himself in a way that will not only win his team’s respect, but will keep it—no matter how practice goes or the game turns out. He doesn’t point fingers in press conferences; doesn’t allow people to blame teammates; neither allow his players to beat themselves up.

Instead, the focus is always on maintaining a clear sense of perspective. Coach K likes to remind his teams that they begin each season and each tournament at 0-0. This is a mindset he has found particularly effective in helping teams work their way out of slumps. Rather than focusing on what has gone wrong, he insists that they leave the negative thoughts, feelings and memories behind them. And instead focus on the immediate game or play. This technique is equally helpful in getting teams to work for each and every win; rather than focusing on past victories.

One season at Duke, he even went so far as to have his players take every single award, trophy and plaque they had earned and place them in a box. He also had them write down their thoughts about the season so far. Coach K sealed the box and promised to return the items at the end of the season; for the time being, the most important thing was to focus not on what had gone before but on taking each game one at a time. The exercise was effective; the team went on to an ACC Championship and an NCAA Tournament appearance.

Coach K is quick to point out that winning should not be the team’s only focus. “Being motivated in your career is important but you must be cautious not to become one-dimensional”; he writes in Coach K’s Keywords for Success (Business Plus, 2006). One’s life balance may need to be skewed toward the team’s goals for a period of time, as circumstances demand. But those goals should never outweigh the demands of one’s personal life for very long, he says.

Coach K struggled with balance early in his career,

when recruiting trips required too much time away from home. He and wife Mickie discussed the challenges and decided the family needed to be involved as much as possible in team travels. Their three daughters took to the idea; tournaments became anticipated family events, and the girls were as thrilled by each win as their father’s players.

The Krzyzewskis also made another decision that may seem surprising. As much as the entire family loves basketball, the home is reserved for family. Clearly, this coach needs no visual reminders of his success; the proof is in the results on the court and in the lives of those he has influenced.

In the end, leadership comes down to consistency and strong, confident action upon which the team can rely. “Too many rules get in the way of leadership. They just put you in a box…. People set rules to keep from making decisions,” Coach K says on his website. Instead, a team needs to be able to trust its coach to always act with players’ shared interest at heart. If the players understand and accept that their leader is steering their direction through thoughtful, careful measures, then they will pull together to give the best effort every time.

And that is what Coach K believes makes the difference. He doesn’t see himself as merely a coach. “I’m a leader who happens to coach basketball.”

« Previous Post Social media enables everyone to be a direct marketer. Next Post » The Qualities of Skillful Leadership 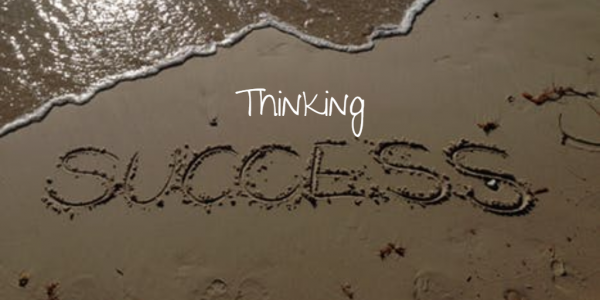 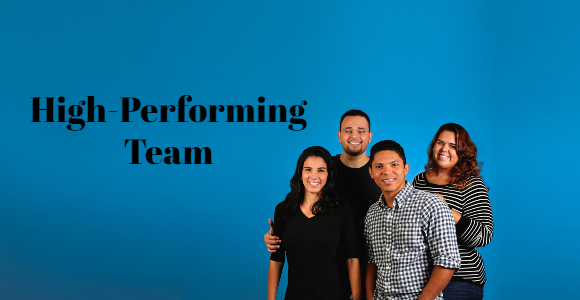 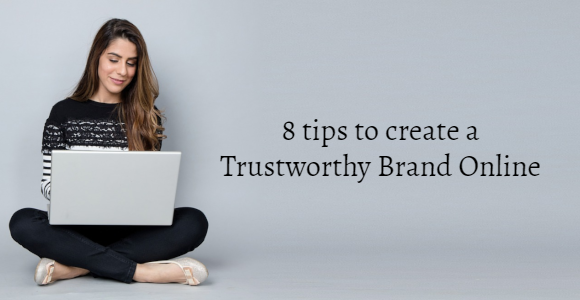 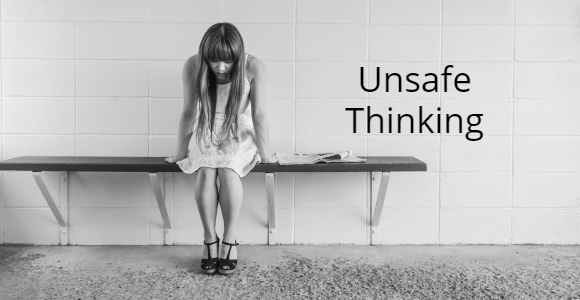 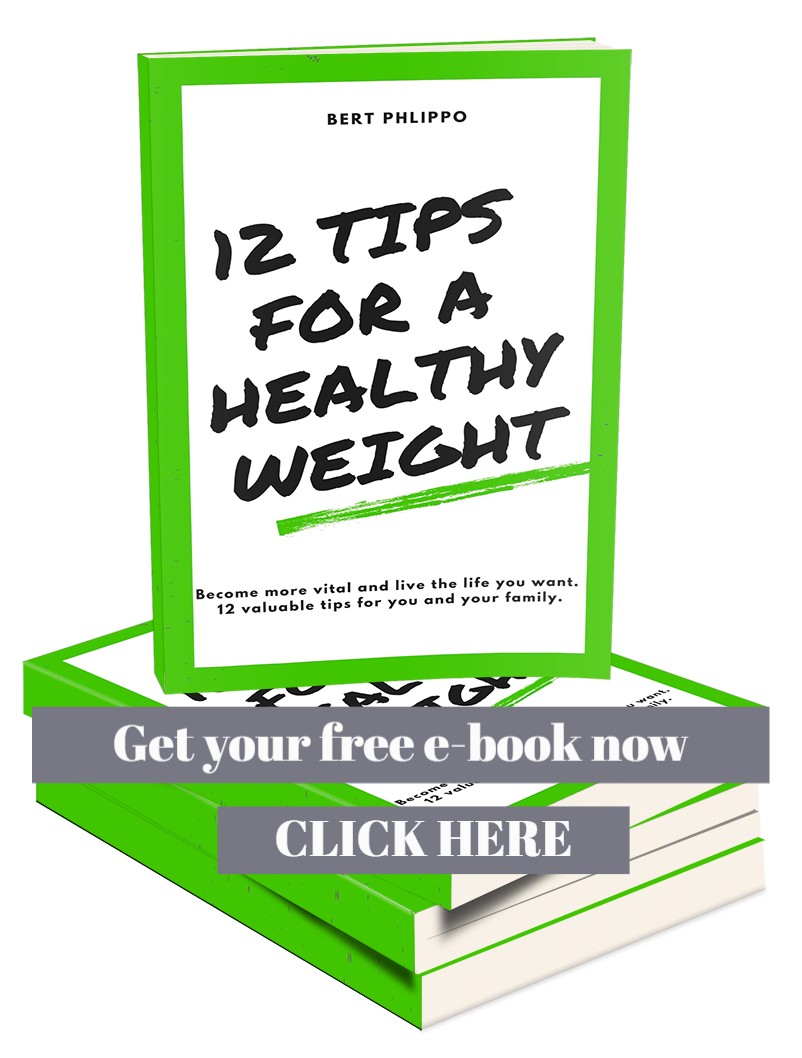